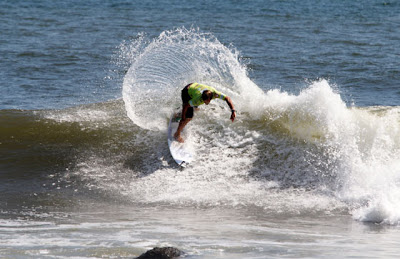 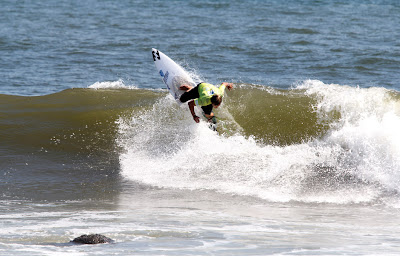 Layne Beachley and Mark Richardson take first place in their divisions Surfersvillage Global Surf News, 23 October, 2011 : – – Layne Beachley and Mark Richardson are the toast of Australian surfing today after winning the ISA World Masters Surfing Championship for TravelSIM Team Australia in El Salvador. In clean .5m swell at Punta Roca, Beachley (Manly, NSW) dominated the Female Masters (35 years or older) for an eighth world title in her competitive comeback after retiring three years ago, while Richardson (Palm Beach, QLD) was equally impressive in the Male Masters (35 years or older).The championship included more than 20 countries with more than 120 surfers competing in the Masters, Grand Masters, Kahunas and Grand Kahunas divisions. In the only other final featuring an Australian, Nick Pearson (Byron Bay, NSW) finished third in the Grand Kahunas (50 years or older).TravelSIM Team Australia, the defending champions, finished fifth behind new champions the USA, Brazil, South Africa and Puerto Rico. Seven-time ASP World Champion Beachley was never headed in the Female Masters, taking out the final with a score of 13.10 to beat South Africa’s Heather Clarke (9.67), Andrea Lopes (9.23) from Brazil and the USA’s Alissa Cairns (5.03).“It feels really satisfying to come home with the Gold. I have eight world titles now,” Beachley said. “To have the whole team at the rocks supporting me was a really great experience. We are doing the country proud and I was really honoured to surf for Australia. This was a wonderful experience and I hope to come back next year.”After a slow start to the championship finishing third in his first heat, Richardson was forced to surf through the six elimination repechage heats but surged into the final with five firsts and a second. His momentum didn’t stop in the final scoring a day-high 15.34 for a convincing win ahead of Puerto Rico’s Carlos Cabrero (10.66), Gary van Wieringen (9.10) of South Africa and Ross Williams (6.33) of Hawaii. 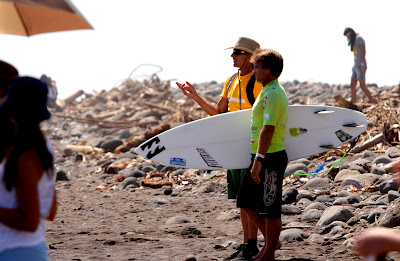 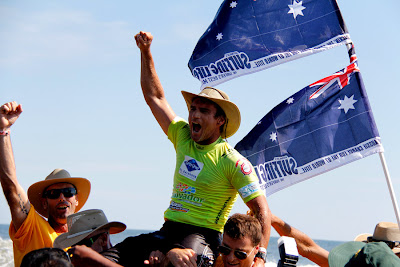